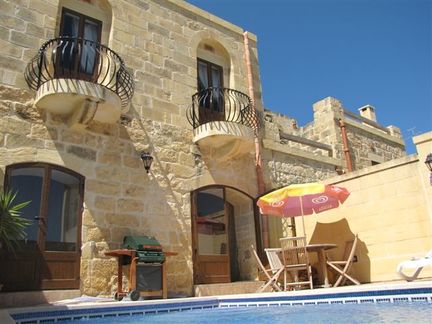 Ta' Wigi is a farmhouse with pool.
In total there are:
PRICE LIST 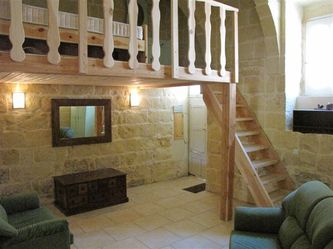 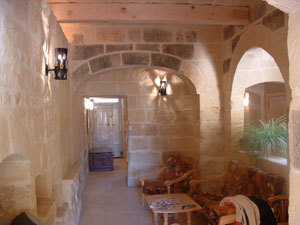 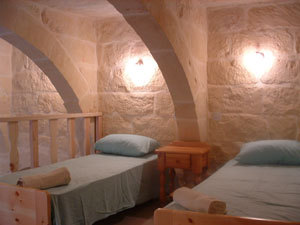 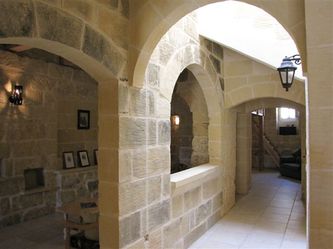 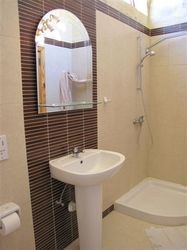 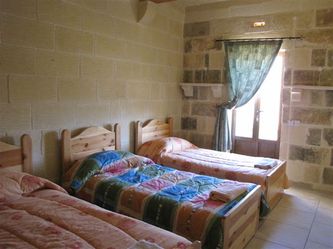 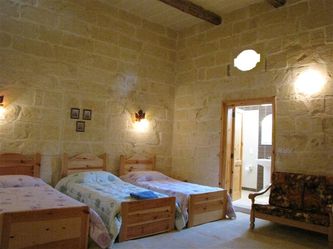 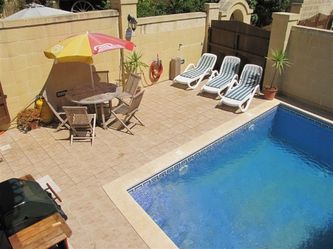 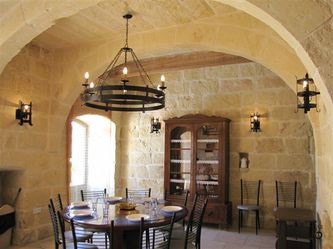 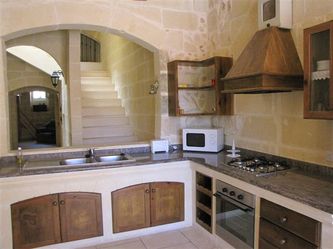 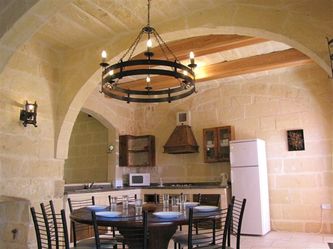 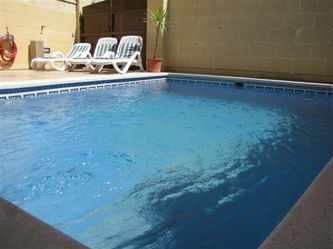 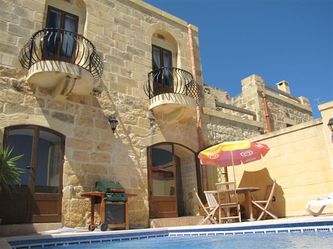 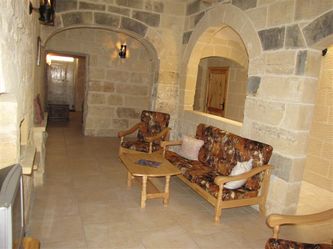 ​Ta' Wigi is a beautifully converted farmhouse which is found in the heart of Xewkija an old village near Victoria.
This farmhouse consists of 4 bedrooms and a mezzanine which can be used as a bedroom.  It has a large kitchen dining area and a separate sitting room.  The kitchen is fully equipped with all the facilities, i.e., electric oven, gas hob, microwave oven, fridge, freezer, electric kettle and toaster.

The dining area is fit for 12 persons and the sitting area is equipped with very comfortable sofas with TV, DVD facilities and working desk.

On the ground floor you will find a bathroom with shower and a washroom with washing machine and ironing facilities.
As you entre the farmhouse you will find yourself in a large room with a mezzanine which can be then transformed into a bedroom for 4 persons.

On the 1st floor there 3 other bedrooms.  One is a double bed room, another is a triple bedroom and then a large bedroom which can be occupied by 4 other beds.  This 4 bedroom has the bathroom ensuite.  On this floor there is also another common bathroom with shower.

The pool area is equipped with garden furniture consisting of deckchairs, dining table and chairs.One will also find a large gas barbeque to be used during our beautiful summer evenings.

Location and Area of Ta' Wigi

Xewkija, which is situated between Ghajnsielem and the capital town, Victoria, is the oldest village in Gozo. This makes it close to everywhere since the island is just 4 miles by 9 miles. The farmhouse is just 1.5km from the closest beach which is called Mgarr ix-Xini. It is a beautiful unspoilt beach with just a couple of boat houses and a nice little restaurant. Xewkija is just 25 minutes walk from Victoria which is the main town where you will find the citadel and all the museums, the market and also the shopping centres.

The other village next to Xewkija is Xaghra where one can find other attractions such as the oldest standing temple in the world, Calypso cave and other places of interest. In Xewkija there is a diving centre, restaurants, and bars. Just 1 min walk away from the farmhouse one can find the finest bakery and several shops and butchers. Xewkija is a nice place where to go for nice walks to Mgarr ix-Xini or to Ta' Cenc Cliffs where one can see the prehistoric cart ruts and dolmens.

The word Xewkija is derived from Arabic and shows that there had been vast fields full of thorns in the past. Xewkija is famous/very well known for its majestic church, The Rotunda, which is dedicated to St. John the Baptist. It replaced an older church. This church is the Seat of the Knights of the Order of St. John. It was built from Maltese stone by local masons and craftsmen. It is the largest in Gozo and its dome dominates the village. Its architect was Joseph D'Amato.

When one enters the village from the main road one sees the remains of a mill erected in the times of Grand Master Perellos. This is a unique mill in Gozo because it has points which show the eight principal wind directions.

On the site where the present church is, it is said that there was a stone known as 'Maqghad ix-Xih'. Near it there is a small ancient chapel known as Madonna tal-Hniena (Our Lady of Charity) which is dedicated to San Bartilimew. There is a tower with the oldest sundial in Xewkija. Remains of Tinghi Tower disappeared in the last century. These towers date back to 1613. Another 14th century tower which was used by the Grandmasters as a summer residence was the Tower of Gorgion, also in Xewkija. It was demolished (brought down) to make way for a temporary airport during the Second World War.

The coat of arms of Xewkija is a shield on a gold background with a red horizontal strip between two thorns, one above and one below.
The population of Xewkija is about 3,550 and it's area is of 4km sq.
www.maltagozoholidays.com